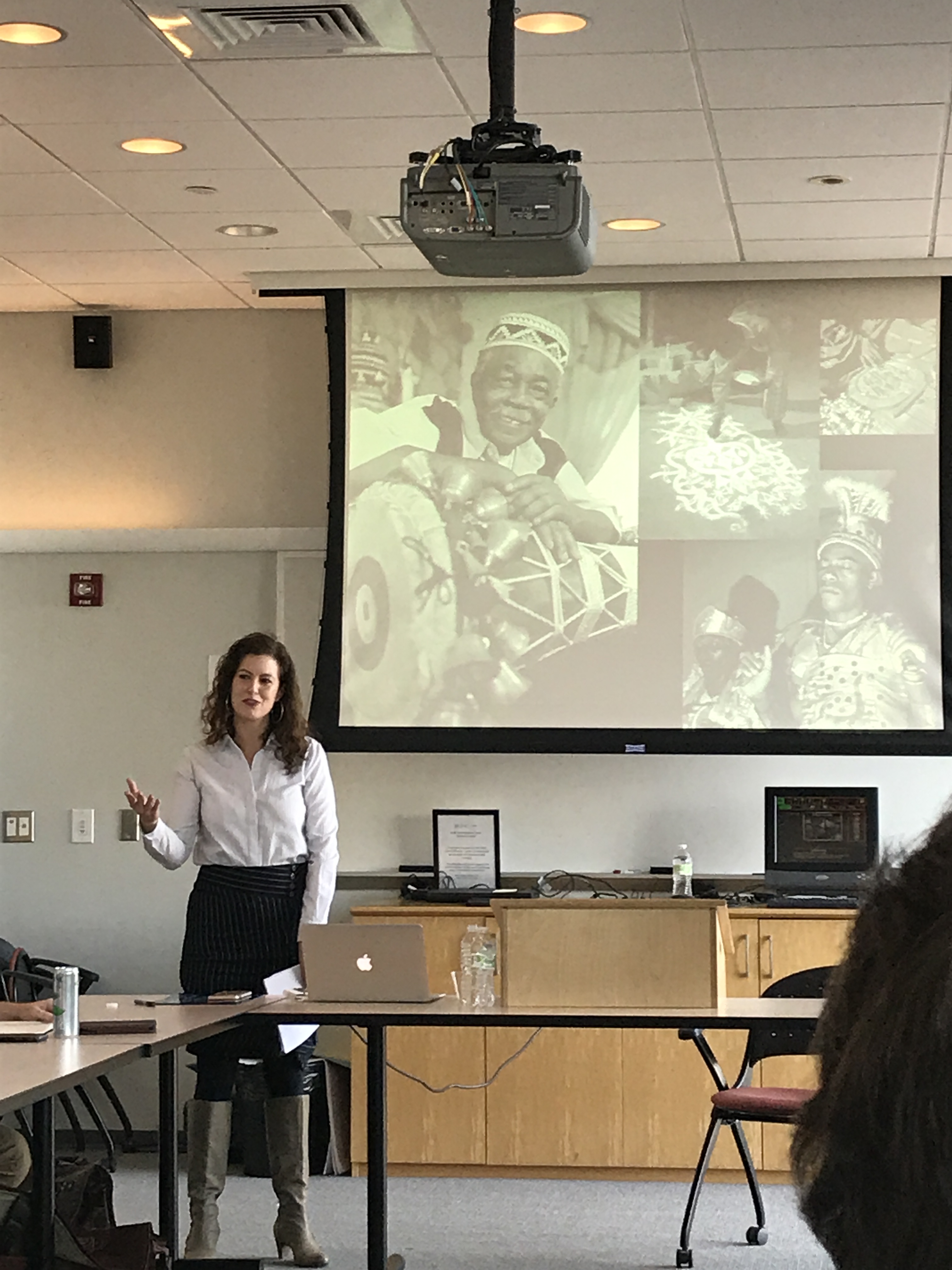 On Wednesday, January 30, our department was pleased to welcome Dr. Elizabeth Pérez as the speaker for our first McLester Colloquium of the Spring semester. Dr. Pérez, who is Assistant Professor of Religious Studies at the University of California at Santa Barbara, is a specialist in Afro-Diasporic and Latin American religions. Her first book, titled Religion in the Kitchen: Cooking, Talking, and the Making of Black Atlantic Traditions (New York University Press, 2016), which was based on years of ethnographic research within a Lucumí community on the South Side of Chicago, examined practices surrounding the preparation of food for the gods and spirits within these traditions, arguing that they deserve analysis as religious rituals in their own right. This book was widely acclaimed, having won both the 2017 Clifford Geertz Prize in the Anthropology of Religion and the 2018 Women’s Spirituality Book Award, as well as being a finalist for the 2017 Albert J. Raboteau Prize for the Best Book in Africana Religions.

Her presentation at the McLester seminar was based on the research from this first book, and was richly illustrated with slides drawn from her ethnographic work. The lecture generated a lively and intellectually stimulating conversation afterwards. We look forward to the next McLester Colloquium!