At the intersection of social history, religious studies, and anthropology, my research concerns the historical and philosophical foundations of Muslim revivalism and the varying revivalist responses to internal political fragmentation and colonialism in the ‘Persianate’ world (South and Central Asia and Iran). In this endeavor, I have conducted fieldwork on historical and contemporary Muslim revivalism, reform, and mysticism in over 90 towns across Afghanistan, Uzbekistan, and Pakistan.

My current book project, based on my dissertation, examines the development of trans-regional Islamic revivalist networks in the 18th to early 20th centuries, spanning modern day Afghanistan, Pakistan, Uzbekistan, Tajikistan, India, China, and Russia. The subjects of my study, the Naqshbandi-Mujaddidi (or Mujaddidi) revivalist Sufis were arguably the most extensive Muslim scholastic-religious networks until the 20th century. The Mujaddidis impacted the region’s primary Muslim reformist movements and articulated some of the most extensive and intensive social responses to the decline of Muslim political power and the ascendance of European colonialism.

My research contributes to transnational history by re-conceptualizing the geographic contours of the Persianate world through the lens of religious and scholastic networks. I emphasize the role of Peshawar, Kabul, and Bukhara as fulcrums of these trans-Asiatic networks, problematizing Great Game narratives that characterize these regions as fragmented, underdeveloped spaces. My work also explores the development of new models of female scholarly-saintly authority, as several of the Sufi networks at Qandahar, Kabul, and elsewhere were led by women.

In my numismatic work, I specifically explore cross-cultural encounters and questions of sovereignty and religion in the Iranian world. I am currently completing a monograph on the Kashmir Smast, an early medieval pilgrimage site centered on a cave temple in the Sakra mountain range in the Pakistan-Afghanistan frontier regions, which existed as a monetarily independent polity from the 4th-11th centuries.

My articles on historical and ideological trends in the Muslim world have appeared in the New York Times, International Herald Tribune, the Wall Street Journal, Foreign Policy, Christian Science Monitor, the Hill and major dailies internationally. 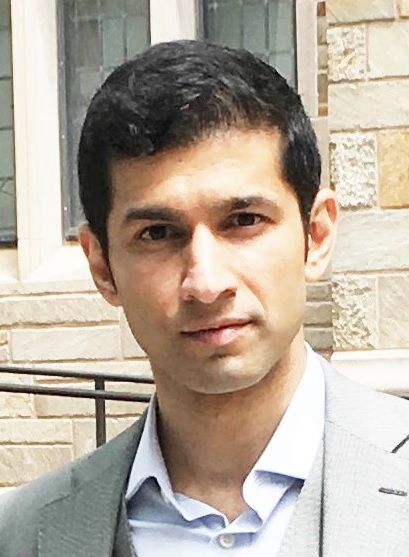