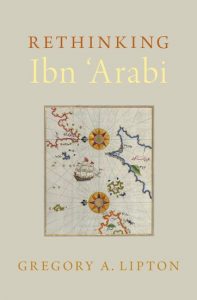 “The thirteenth century mystic Ibn `Arabi was the foremost Sufi theorist of the premodern era. For more than a century, Western scholars and esotericists have heralded his universalism, arguing that he saw all contemporaneous religions as equally valid. In Rethinking Ibn `Arabi, Gregory Lipton calls this image into question and throws into relief how Ibn `Arabi’s discourse is inseparably intertwined with the absolutist vision of his own religious milieu–that is, the triumphant claim that Islam fulfilled, superseded, and therefore abrogated all previous revealed religions.

Lipton juxtaposes Ibn `Arabi’s absolutist conception with the later reception of his ideas, exploring how they have been read, appropriated, and universalized within the reigning interpretive field of Perennial Philosophy in the study of Sufism. The contours that surface through this comparative analysis trace the discursive practices that inform Ibn `Arabi’s Western reception back to the eighteenth and nineteenth century study of ‘authentic’ religion, where European ethno-racial superiority was wielded against the Semitic Other-both Jewish and Muslim. Lipton argues that supersessionist models of exclusivism are buried under contemporary Western constructions of religious authenticity in ways that ironically mirror Ibn `Arabi’s medieval absolutism.”

Dr. Lipton will be joining the faculty of High Point University in the fall.

Posted in Alumni News on May 27, 2018. Bookmark the permalink.
Kathryn Lofton Keynote Address


On Saturday, May 12, Dr. Kathryn Lofton, (PhD UNC 2005), Professor of Religious Studies at Yale University, delivered the keynote address at UNC’s Doctoral Hooding Ceremony. Dr. Lofton is a historian of religion who has written extensively about capitalism, celebrity, sexuality, and the concept of the secular. In her work, she has examined the ways the history of religion is constituted by the history of popular culture and the emergence of corporations in modernity. You can watch Dr. Lofton’s Keynote Address below: 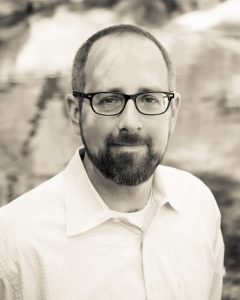 Benjamin White, Associate Professor of Religious Studies at Clemson University, has been awarded a Summer Stipend from the National Endowment for the Humanities (NEH).  He received the stipend to support his project “The Authorship of the Pauline Epistles: The Promise and Limitations of Computational Methods.”

He was one of 65 scholars around the country selected to receive 2018 grants through the NEH Summer Stipends program, out of a field of nearly 800 applicants.

Dr. White received his Ph.D. in Ancient Mediterranean Religions from UNC in 2011. The MU announcement explains that Dr. Duncan aims to help students “better understand why they believe the things they do.” As a professor in the Department of Religious Studies, Duncan has taught thought-provoking courses on topics such as the Hebrew Bible, the New Testament, and literature and history of Ancient Egypt. She hopes students gain from her classes a realization that beliefs and attitudes are influenced by history and culture. Duncan accomplishes this goal through readings, evidence-based debates, mock trials and small group discussions.

Posted in Alumni News on April 10, 2018. Bookmark the permalink.
Jill DeTemple is Recipient of 2018 Excellence in Teaching Award 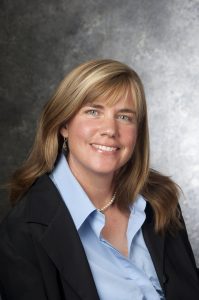 Dr. DeTemple received her PhD in Religious Studies from the University of North Carolina at Chapel Hill in 2005. She is Associate Professor and Director of Undergraduate Studies in the Department of Religious Studies at Southern Methodist University. Her research interests include faith-based economic development, Latin American religions, Pentecostalism, and the use of dialogue in classrooms to promote intellectual humility, conviction, civic engagement, and learning. She is the author of Cement, Earthworms and Cheese Factories: Religion and Community Development in Rural Ecuador, published in 2012 by the University of Notre Dame Press, and is a co-principal investigator on an ongoing research project funded by the University of Connecticut and the Templeton Foundation, “The Dialogic Classroom: A Pedagogy for Engaging Difference with Intellectual Humility.” 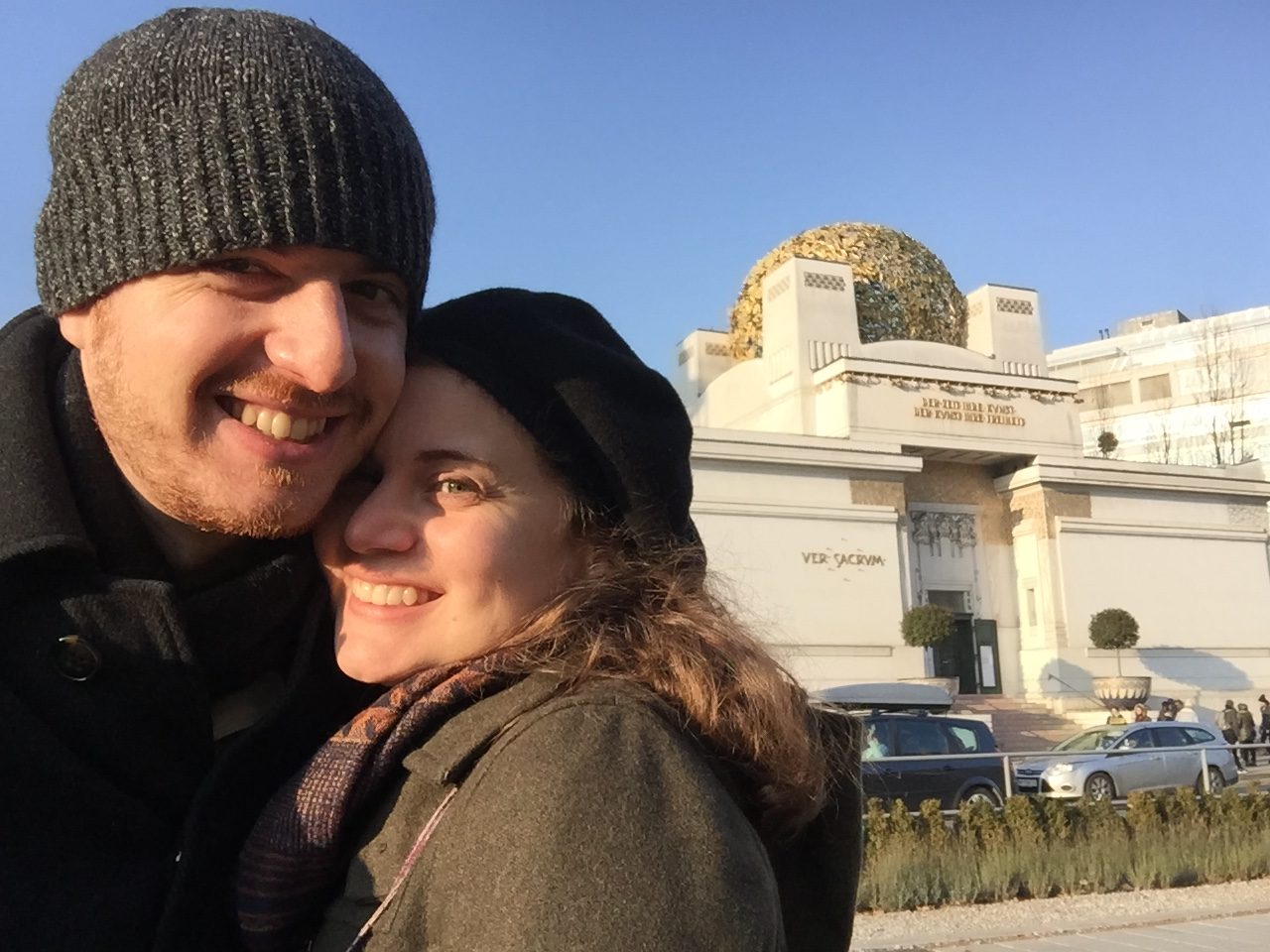 Samuel Kessler, who received his PhD from our department in 2016, currently serves as Postdoctoral Fellow in Judaic Studies in the Department of Religion and Culture at Virginia Tech. Sam recently shared with us the wonderful news that he will assume the post of Assistant Professor of Religion and (inaugural) Bonnier Family Chair in Jewish Studies at Gustavus Adolphus College starting in Fall 2018!

For more on Sam’s academic work and interests, see his profile on the Virginia Tech website or on his personal website.


In a new interview, Joseph Terrell of Chapel Hill band Mipso discusses the influence of UNC’s Religious Studies classes on his music. On his experience as a UNC Religious Studies major, he says, “It completely formed who I am, and it was an excellent education to be a songwriter.” Watch the interview with Terrell by UNC doctoral student Becca Henriksen here: Chapel Hill’s indie Americana quartet Mipso release their fifth album, Edges Run, on April 6th, 2018 via a newly inked record deal with AntiFragile Music. Influenced by the contradiction of its progressive home and the surrounding rural southern landscapes, Mipso has been hailed as “hewing surprisingly close to gospel and folk while still sounding modern and secular” (Acoustic Guitar) and was recently recognized by Rolling Stone as an “ Artist You Need to Know.” The band brings a distinctly unique sound – full of wistful beauty, hopeful undercurrents, and panoramic soundscapes.

Venturing ever-further from its string-band pedigree to discover a broader Americana where classic folk-rock and modern alt-country sounds mingle easily with Appalachian tradition, Mipso’s music is lush and forward moving, with lyrics that sear and salve in turn.

Look for Mipso on tour this spring in support of their new release, Edges Run. 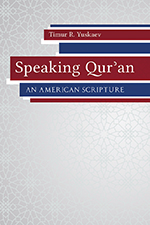 Timur Yuskaev, a PhD graduate of our department who currently serves as Associate Professor of Contemporary Islam at Hartford Seminary in Connecticut, has recently published a book titled Speaking Qur’an: An American Scripture (University of South Carolina Press, 2017), which examines the interpretation of the Qur’an among American Muslims. From the University of South Carolina Press website:

“In Speaking Qur’an: An American Scripture, Timur R. Yuskaev examines how Muslim Americans have been participating in their country’s cultural, social, religious, and political life. Essential to this process, he shows, is how the Qur’an has become an ever more deeply American text that speaks to central issues in the lives of American Muslims through the spoken-word interpretations of Muslim preachers, scholars, and activists….

Set within the rapidly transforming contexts of the last half century, and central to the volume, are the issues of cultural translation and embodiment of sacred texts that Yuskaev explores by focusing on the Qur’an as a spoken scripture. The process of the Qur’an becoming an American sacred text, he argues, is ongoing. It comes to life when the Qur’an is spoken and embodied by its American faithful.” 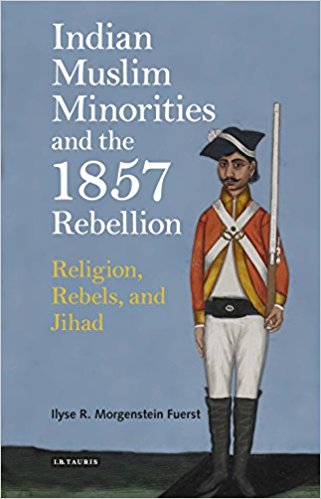 Ilyse Morgenstein Fuerst (PhD 2012), who is currently Assistant Professor of Religion at the University of Vermont, has recently published a book titled Indian Muslim Minorities and the 1857 Rebellion: Religion, Rebels, and Jihad (I. B. Tauris, 2017). The book examines the Indian Rebellion of 1857 and its implications for our understanding of Islam in the region. From the I. B. Tauris website:

“While jihad has been the subject of countless studies in the wake of recent terrorist attacks, scholarship on the topic has so far paid little attention to South Asian Islam and, more specifically, its place in South Asian history. Seeking to fill some gaps in the historiography, Ilyse R. Morgenstein Fuerst examines the effects of the 1857 Rebellion (long taught in Britain as the ‘Indian Mutiny’) on debates about the issue of jihad during the British Raj. Morgenstein Fuerst shows that the Rebellion had lasting, pronounced effects on the understanding by their Indian subjects (whether Muslim, Hindu or Sikh) of imperial rule by distant outsiders. For India’s Muslims their interpretation of the Rebellion as jihad shaped subsequent discourses, definitions and codifications of Islam in the region. Morgenstein Fuerst concludes by demonstrating how these perceptions of jihad, contextualised within the framework of the 19th century Rebellion, continue to influence contemporary rhetoric about Islam and Muslims in the Indian subcontinent.Drawing on extensive primary source analysis, this unique take on Islamic identities in South Asia will be invaluable to scholars working on British colonial history, India and the Raj, as well as to those studying Islam in the region and beyond.”

An interview on the book can be found here. Christopher Frilingos (PhD 2001), Associate Professor in the Department of Religious Studies at Michigan State University, just published a new book titled Jesus, Mary, and Joseph: Family Trouble in the Infancy Gospels (University of Pennsylvania Press, 2017). The book explores two examples of early Christian literature known as the “Infancy Gospels,” which offer details on the early lives of Jesus and Mary not contained in the canonical New Testament. From the University of Pennsylvania Press website:

“The Infancy Gospel of Thomas is a collection of stories from the mid-second century C.E. describing events in the life of Jesus between the ages of five and twelve. The Proto-gospel of James, also dating from the second century, focuses on Mary and likewise includes episodes from her childhood. These gospels are often cast aside as marginal character sketches, designed to assure the faithful that signs of divine grace cropped up in the early years of both Mary and Jesus. Christopher A. Frilingos contends instead that the accounts are best viewed as meditations on family. Both gospels offer rich portrayals of household relationships at a time when ancient Christians were locked in a fierce debate about family—not only on the question of what a Christian family ought to look like but also on whether Christians should pursue family life at all.”

Posted in Alumni News on December 26, 2017. Bookmark the permalink.